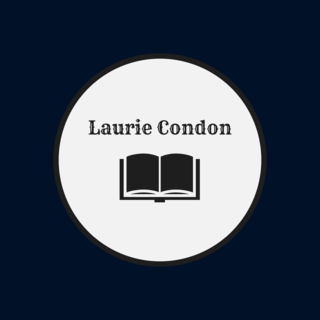 Please submit any blog topics in the contact form

Reflections of a Day Well Spent

When Is A White Lie Okay?

I pride myself on being honest, but a very wise woman gave me a piece of advice that has always resonated with me. My mother used to say that if you were going shopping with a friend, and she asked your opinion on something she was trying on, you should be tactfully honest. On the other hand, if your friend was already wearing her new purchase on the way out to a party and she asked your opinion, what would be the point in telling her it is not your taste? There really isn't one. She would feel insecure and you would feel terrible.

So where is the line? I think the answer to that question is going to vary for each individual based on your morals and what you can live with. I pretty much never lie, except in the type of scenario I provided above. I have a guilty conscience and therefore can't hold onto things that make me uncomfortable.

I watch a lot of television, and in almost every show there is a character who is cheating on a spouse. I automatically yell and threaten my husband while watching.

I could never live with the guilt of doing that. I am not judgemental and I am sure there are extenuating circumstances that one could rationalize, I am just speaking for myself that I couldn't keep it in.

I can keep a secret for someone else, and I am not judgey at all, but honesty is of the utmost importance to me.

However, there are ways to deliver the truth, and again times to not say anything. I had a friend who has passed away, and I feel terrible acknowledging this, but I called her "Mean Debbie." I loved Debbie, and could always count on her to be brutally honest. The trouble was, that sometimes I did not ask for her opinion and she would give it anyway. I would get a new hairstyle and she would say, " Did you change your hair? I liked it better the other way,"

Does that mean I really only want to hear the truth if it is in line with what I believe? Possibly, but when I was getting ready for the birth of my son, I had a baby shower. Debbie called me up and said "I was going to paint a lamp for you but if you are going to shove it in a closet, then I will just get you a damn gift card." I am laughing while writing this, because she was so funny but truly said it like it was. I replied Of course I will love the lamp, and I truly did. It was magnificent. The problem was it had a very short cord, and it fell and shattered. I never told her. That was my little lie, but now that she is no longer with us, I think of how special that lamp was and wish I still had it.

I have another friend who is my go to whenever I write something and need an opinion. She is so careful as to not offend me if she does not agree or wants to give me a different perspective. She is my litmus test.

I have chosen her as my go to, because she is honest.

When I write, I am sincerely looking for genuine feedback. I never want my writing to offend anyone, and I need it to be interestng to have you coming back. The truth is critical in helping me deliver a good product.

My mother spent the last 15 years of her life plagued with Alzheimers. She lost her filter while in the throes. I would say 7 years in, she used to comment whenever she saw someone who she felt was overweight, "Did you see the size of that guy or gal." Very quickly my sister and I saw it coming and would shut her down, but it was so embarrassing. My mother-in-law, who did not have Alzheimers used to do the same thing. She just felt the need to put it out there and we had to anticipate that too.

In the current climate, with fake new, and things taken out of context, do we feel it's okay to lie without consequence? What can you live with? I'd love to hear.

At a certain age sometime after about 70 people seem to take a approach to live a little differently. Hey they've lived they no longer have to do the polite things and just kind of shoot thier mouths off whenever they want to. They feel a sense of entitlement. I am not saying it's right, it has caused plenty of embarrassment, but I just don't think they care anymore. Now with the rest of us I think it is different, how much do we care about what other people think about us, how much do we like to stand out from the crowd, and how much do we just want to be a wall flower go along and fit in. I am none of this people. I am a truly rare bird. I call a stupid stupid. I do it tactfully and politely, but I see no reason to feel guilty the rest of my life for saying he you looked great when it was really unbecoming and totally the wrong style for your shape.

I only thin it is okay to lie if you are genuinely doing not to hurt someone. But it needs to be something they can never find out. For instance, in a situation of a friend; a parent had Alzheimer's and the parent started ranting about one of the siblings (her sister) while no one else was there, said some pretty nasty stuff. Her dad had no memory of it 10 minutes later. She never told her sister. He could of been talking about anyone, or no one, and just inserted her sisters name.

Everything Is A Big Deal, Until It's Not

Turning 50 makes you think about where you have been and where you are going, a reflection.